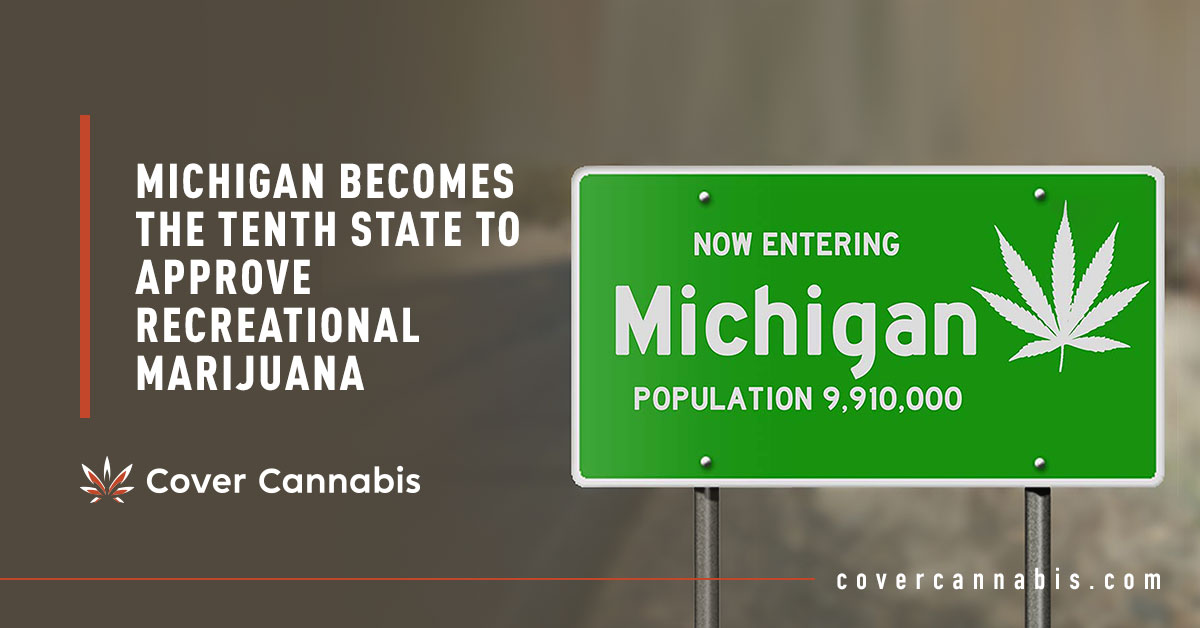 On Tuesday, November 6th, Michigan became the tenth state to approve the use of marijuana/cannabis for adult recreational use, it also makes Michigan the first state in the Midwest to do so. Proposition 18-1 was approved by a 56-44 margin, a comfortable and strong show of support from voters towards the legalization of cannabis. Michigan is now the second largest state behind California to legalize adult use marijuana. A huge boost for the cannabis industry overall.

Marijuana in the state is not likely to be commercially available until early 2020, as the state starts to put regulations in place and issue licenses to retail businesses. However, in the near future Michigan residents over 21 years old will be able to buy, posses, use and grow marijuana. Additionally residents can grow up to 12 cannabis plants in their home for personal use. The approval comes with a 10 percent excise tax, on top of the 6 percent sales tax on marijuana.

Meanwhile, in both Missouri and Utah marijuana was approved for medical use. With Utah voters approving the use of medical marijuana for patients with conditions such as multiple sclerosis, cancer and HIV. Missouri on the other hand, approved medical marijuana with a constitutional amendment.  Under the new law, doctors can recommend medical cannabis for a variety of conditions as they see fit. Patients and caregivers can in turn grow up to six marijuana plants per patient and purchase at least four ounces of cannabis from dispensaries on a monthly basis.

Additionally, which is great news for businesses. The state will begin to issue licenses for medical marijuana dispensaries, as well as cultivation, testing and infused product manufacturing businesses.

The results on election night were a clear win for cannabis advocates and the cannabis industry overall. All initiatives that won, were won by big margins, reflecting a shift in national public opinion regarding marijuana legalization.